For over 35 years I have been appraising art and antiques.  This was one of my most memorable appraisals.


At a fund raising event for a college a women stood in line for about two hours.  She finally made it to my table holding a small painting of a dory lying on the beach. It was well done by a known artist who signature you could easily read.  I told her it was worth between $2000 and $3000 at auction and maybe a bit more retail.  She thanked me and took a business card.  About a month later she called and said she had another painting but it wasn't as good because it wasn't signed.  She made an appointment and showed it to me.  The painting was a wonderful example of Luminism (works that emphasize tranquility, and often depict calm, reflective water and a soft, hazy sky).  I immediately told her it was worth a great deal more than the other work.

I promptly began research that centered on two key aspects.  The scene itself depicting a very prominent rock formation and the framing which was original to the piece.  Both pieces of information lead me to the New Bedford whaling museum where we found the original sketches for the painting by William Bradford.  I sold the painting for my client for $240,000!
Labels: antique appraisals art appraisals online appraisals Paul Royka 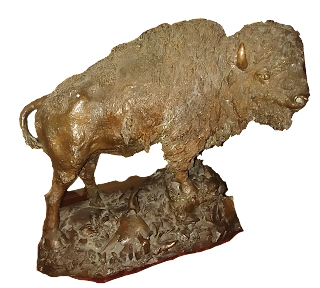