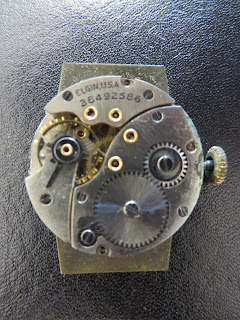 Detail of non-working Elgin men's wrist watch
Each item has its own story and the story can significantly change the value of an object.  For instance, I once appraised a broken watch for a client at Massachusetts Institute of Technology (M.I.T.).   This same watch without any provenance or story would have little to no value other than parts.  But this watch was owned by a man who only had six second memory.  A man who had no use for a watch.  So why then would it be worth thousands of dollars.  Because this man known as H.M. was one of the most famous people in all of neuroscience.  Almost every introductory book on neuroscience began with this case and all of his personal items were stored together so the provenance was impeccable.  I received a call from their legal department when they were surprised by an appraisal by one of the big local Boston auction houses that said it had little value.  That is what happens when people are quick to judge and don't take the time to appreciate how much the value is changed be the rest of the story.  At the time, Hollywood movies were being negotiated for his story and you can just imagine what a director might be willing to pay for this watch that in one object tells one of the most interesting stories in neuroscience history.
If you have an interesting item you need appraised.  Please don't hesitate to contact me at appraisalday@gmail.com! 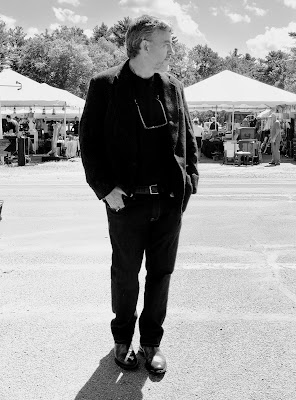 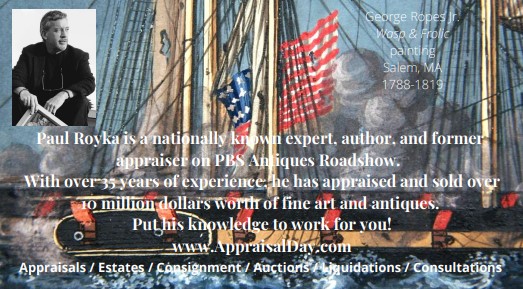